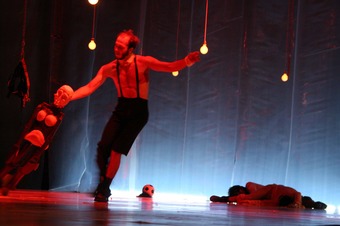 This performance is inspired from two of the most famous and influential novels of the world. The first is “Don Quixote” by Cervantes and the second “1984” by George Orwell. It discusses the situation of those people who dreamt, fought, and tried to change society but were always blocked by dictatorship regimes and governments.