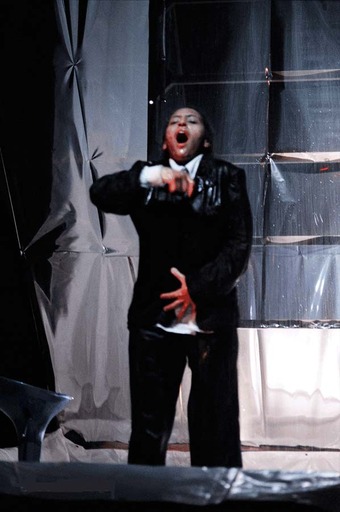 The work deals with the idea of self-image in relation to consequent feelings that result from an excessive and intense emotional incident. Feelings of guilt and regret that haunt us in our inability to cope with an ideal human image presented by society and religion, and that became like an iconic sign, which directs our lives and beliefs.

For more information on the work: www.omarrajeh.com cast and credits