The Assassination of Omar Rajeh

choreographed and directed by Omar Rajeh 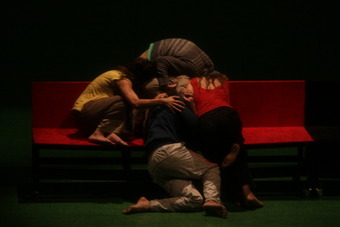 This new international co-production of Maqamat, centers on the idea of ‘Refusal and Elimination’; assassinations of journalists in Lebanon as a starting point for the work. The creation focuses on the importance of the written word and the dangers of expressing dissenting opinions.   Parallel to this, the topic will be dealt with from a very personal perspective. Omar as a choreographer and dancer working and living in Beirut questions the use of dance and its worth in front of such drastic incidents. What do we do with our bodies? Where do we go with our bodies? …… Can I do anything? Do I have to do something?   “The act of assassination targeting journalists fighting for freedom of expression, human rights, and a democratic civil society is an act of elimination against words, voices and bodies of “Refusal”. It is an act that aims to terrorize free thought and kill hope of change. It is an act against ‘me’ … my body… my presence”.

For more information on the work: www.omarrajeh.com performance dates and touring