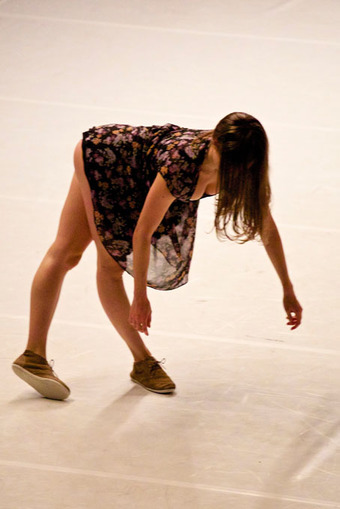 A collaboration project between Maqamat Dance Theatre/Omar Rajeh ( Lebanon) and Marcel Leemann Physical Dance Theatre (Switzerland). The two companies worked for a month and a half process in Bern, regrouping 3 dancers from Lebanon and 4 dancers from Switzerland.

«Words shape our understanding of the world around us.» The words, which are available to us, influence our thoughts and thus what we may say. We see and experience life with the words, which we use to think and speak. But what happens when words collide with bodies? The energy which is released by the collision of bodies and words is the starting point and the driving force behind «HIBR» a dance production titled after the Arabic word for ink. «HIBR» is the first creative collaboration between the two choreographers Omar Rajeh (artistic director of Maqamat Dance Theatre, Beirut) and Marcel Leemann (artistic director of Marcel Leemann Physical Dance Theater, Bern). «HIBR» continues telling the story after mere words have given up, and describes things which language fails to capture.