The Odor of Elephants after the Rain 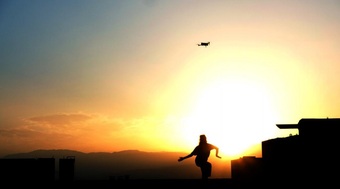 The Odor of Elephants After the Rain is a dance film presented within a solo dance and lecture performance.

It is in a context of political, economic and health crisis that ‘The Odor of Elephants After the Rain’ was created. This dance solo, which also features a film shot in Beirut in 2021 shortly after the August 4th explosion, testifies of the experience of deep-rooted pain, loss, and disillusion. Dear places reduced to ashes, disfigured memories, trampled dreams, and dashed hopes.

In 2019, Omar Rajeh, the choreographer, begins a series of explorations that will lead him to unprecedented questions: The forced dismantling of Citerne Beirut, a performing arts space of which he is the founder, the political and economic collapse of Lebanon and the civil unrest after October 17th, followed by the global Covid-19 crisis, and finally the tragic explosion at the port in August 2020, which destroyed half of the city of Beirut, killing and injuring thousands of people.

What voice do we insist on having after being silenced? What body do we walk around with when we are drowned in pain? What do we do with our memories when they deceive us and fail to resemble reality? What hopes do we carry when we are far from our struggles and dreams?

Special thanks to all friends, families and children that contributed to the creation of this film.